Helping small businesses remove roadblocks so they can finally see a return on their digital marketing investment. 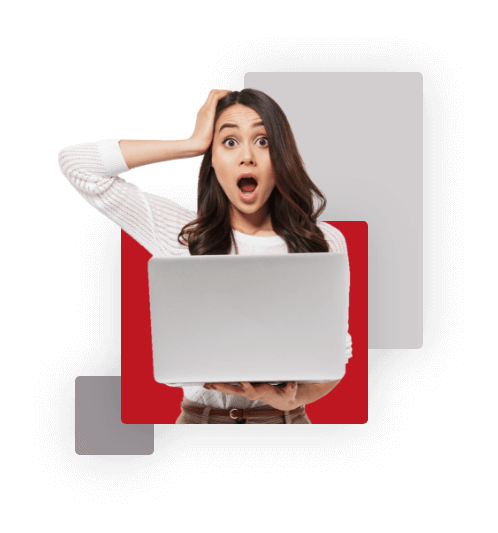 Most of our clients have spent time, energy, and resources with other agencies who made promises they couldn’t keep. We help you get it right this time around. Enhance your online presence and grow your business through our strategic services.

Enhance user satisfaction, Increase your customer base and number of return visit.

Target people in the vicinity of your business & increase engagement.

In three easy steps, we help you remove roadblocks so you can gain profitability 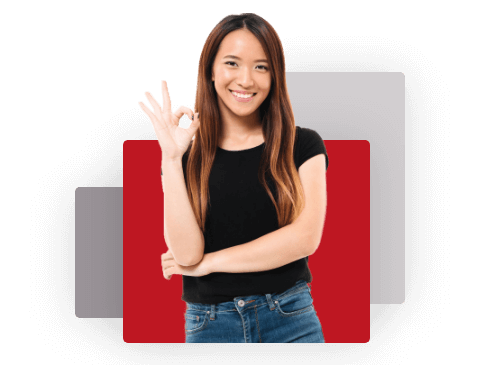 We begin by fully understanding your vision and business goals. That starts with learning about your challenges and talking with you to get an in-depth feel of your business. It costs nothing and it can reveal a lot. Get started.

That means research that identifies the communications obstacles that have to be overcome for you to reach your goals. We’ll work with you to optimize branding and messaging, audience targeting, and ways to measure your effectiveness.

3.  Then We Deliver You A Customized Plan

This includes the strategy and tools you need to build your business in a measurable way. You’ll begin seeing results quickly—and you may be surprised at how quickly to reach your goals.

We Help You Build An Online Strategy

Previous
Next
Get Your Checklist

Here’s a quick and easy checklist to measure the effectiveness of your online presence. Our Online Presence Audit will allow you to see the gaps in your digital marketing strategies and efforts. 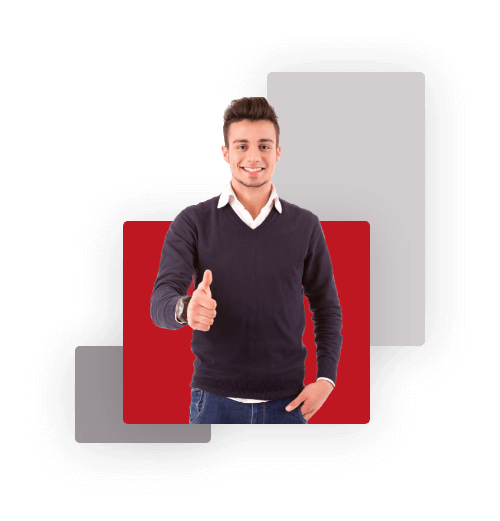 What Our Client Say About Us

We learned a long time ago that the best sales presentation for RTL Digital Media
is to simply let our clients tell about their experiences here.

As I’ve learned in business, it’s all about relationships! Amy is by far one of the best partners to have on the media and marketing front. She’s helped build and design one of the best websites I’ve ever had to navigate, while monitoring my budget needs. While building and growing that area she also introduced me to other professionals in the business world that will help me grow and attain ever greater...
Read More

My out-of-date website has now been replaced by an eye-catching, SEO optimized site. Our calls have increased so much that I had to hire another person to help with the business increase. Amy and her team did a great job. I’m thrilled with the results!
Read More

Working with Amy has been a great. She is dedicated and attentive to her clients. She communicates extremely well to balance giving you what you want with making sure that what you want will actually be successful in terms of marketing algorithms. I cannot say enough good things about the time and effort she has invested and look forward to working with her into the future.
Read More

I am so grateful to have been introduced to RTL Digital Media. They have helped some of my clients and business associated with logo design to launching a new website! RTL business approach is focused on understanding their client’s needs, goals and budget and they really knock it out of the park. I would not hesitate to refer my clients to the RTL team.
Read More

We went from an outdated and drab website to one that reflects our company and what we do. Amy and her team helped us realize what we needed and made it happen. We are very pleased!
Read More

A few months back I was referred to RTL Digital Media for management of my PPC campaign. What an awesome connection it has been! A few years ago I bought a Bark Busters franchise and since then I have invested in multiple marketing efforts to grow my business which included running google ads. My ads success seemed to hit a plateau earlier this year and I knew I needed to find the right team to ...
Read More

TL Digital Media is a 5 star company. Here is why: Before we used RTL Digital Media, we were not on the first several pages of Google, even though we are an excellent professional services organization. RTL Digital Media provided SEO services and provided marketing-related coaching. Now we are on the map and usually are number one on the Google search list. We have the new clients and new revenues to prove the effectiveness...
Read More
Previous
Next

Learn more about the remarkable minds that make us tick. 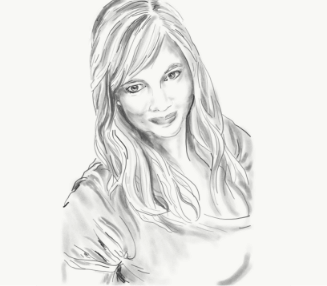 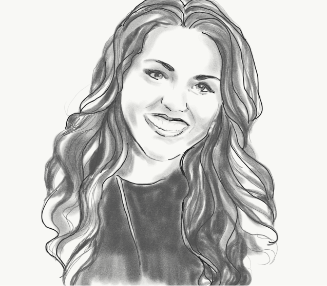 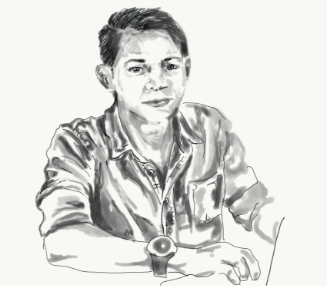 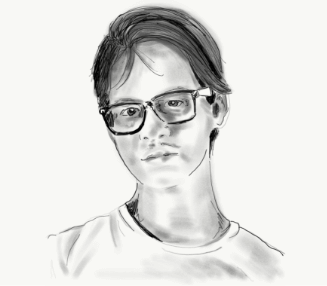 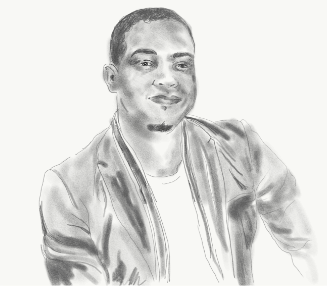 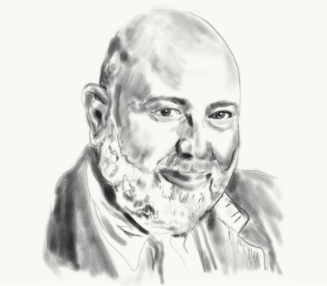 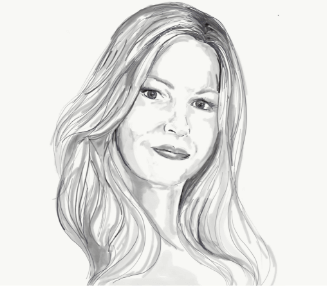 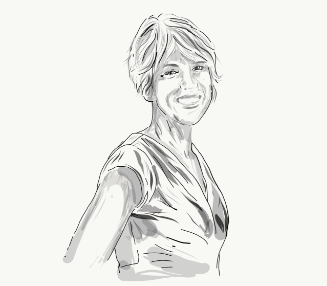 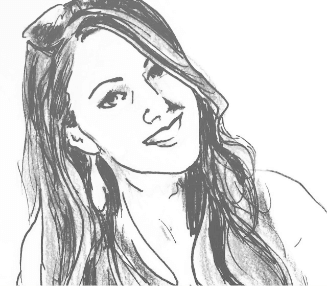 What’s keeping you awake about your marketing? Chances are, we’ve seen it before and found a solution. We’d be delighted to listen, and then share some ideas.

With two successful business start-ups under her belt, Amy understands the challenges of creating and building a company.

Her passion is hearing her clients’ stories, then using them to help build their success and make their goals a reality.

This is one of the key reasons why, since 2009, RTL Digital Media has been such a solid fit for the companies it serves:  Amy has lived all the ups and downs of the business world herself, and knows what needs to be done next, no matter the situation.

Before starting a marketing communications business, she built a solid reputation in the financial services industry. At Transamerica Retirement Services, she increased sales by $100 million and was number one in sales for two years.  In other positions at Transamerica and similar firms, she also generated stellar bottom-line results.

In addition to RTL Digital Media, Amy continues to exercise her financial skills. She owns multiple investment properties and is an active investor in many different types of businesses. She also gives back—through volunteer efforts with groups including the Georgia Transplant Foundation and For The Kingdom, a group that offers camping experience for inner city kids.

Amy holds a degree in finance from Kennesaw State University. Clients are often delighted to discover that her keen analytical mind is juxtaposed with an infectious (sometimes wicked) sense of humor. She lives in a vibrant, never-quiet/never-dull household with her husband Steve, their sons Max and Mason, and, of course, lively dogs and cats.

Visuals That Make You Stand Out.

A highly creative problem solver, Sherri has become a key component within the RTL Digital Media Team. Sherri started her own design studio in 2009, and since then has designed for over 150 companies.

By listening to our clients’ ideas and interweaving her own creativity, Sherri has a unique skill set that lets her develop visual elements that make websites and other communications stand out, even in cluttered marketplaces. This provides a powerful competitive advantage, because viewers have stronger recall when website graphics are professional and distinctive.

A graduate of Flagler College, earning her B.A. in Graphic Design with a minor in Fine Art, Sherri has won numerous Addy Awards throughout her career, and her work shines brightly for organizations throughout the southern states and as far north as Michigan.

Justin has been developing websites since 2015. He is well-versed in Wordpress site development, and has specialized training in PHP, networks, security, and content creation tools including Photoshop and Illustrator. He also has experience with a number of online payment platforms.

Justin has built and managed websites internationally, for companies including Rank Defender, Raincather, Voxient, Vanson, and scores of others.

Justin holds a Bachelor of Science degree in Information Technology.

Skilled Energy At Your Disposal.

Cris graduated with a Bachelor of Science in Information Technology,  and then worked as a website editor.  Over the years, Cris has developed his skills and is now a Junior Website Developer with RTL Digital Media. In his free time, Cris enjoys cycling and spending time with his family and friends.

Making You Visible To The World.

Robert Louw has worked both the agency- and client-sides of Paid Media and Digital Marketing. He brings his experience developing and executing campaigns across Google/Bing search, social, and display platforms to RTL Digital Media clients.

Robert has Google Certification and specialized experience in:

His experience working across different industries and integrated third-party SEM and big data platforms give him a well-rounded and holistic view of the paid media landscape.

Robert earned his degree in Marketing Management from the University of South Africa. He enjoys a good laugh, and appreciates the outdoors and good food.

Longtime advertising/public relations writer Wayne Bowman has survived a woodstove avalanche, raced elevators, and helped companies ranging from startups to the Fortune 500 earn millions of dollars. If there’s a compelling story to be told about your organization (and there always is), he helps you find it and put it in the hands of the people who will respond.

He has been an account executive, a copywriter, a public relations director, a webmaster, a video and audio producer, a photography supervisor, an art director, and, once, a hand model.

When not working, he plays guitar, walks in the woods, plays with grandchildren, and maintains an uneasy relationship with two “Godless killing machines”—what he calls the two rescue cats that live with him and his wife.

A professional writer and editor since 2010, Samantha’s work has been featured in well-known newspapers and magazines as well as on many high profile digital sites, including Living Magazine, Houston Chronicle, Cleveland Clinic’s HealthHub, and others. She has worked with RTL Digital Media since 2014.

She is a specialist in writing copy for Search Engine Optimization, along with journalistic story development, press releases, copywriting, ghost writing, and high-level blogging.

Samantha’s love of language, including Latin and Ancient Greek, gives her unique insight into the precise wording and style necessary to resonate with a particular reading audience.

She earned her Bachelor’s degree in Finance/Accounting at the University of Texas at Dallas. In her leisure time, this wife and mother of 4, enjoys athletic competition, gardening, and studying French. À bientôt, mes amies!

Heather has been an integral part of the RTL Digital Media team for years, performing in various roles. In June of 2020, she became our Sales Coordinator, working with clients and prospects to develop new relationships and build upon existing ones.

Heather has degrees in Environmental Education and English. Her spare time is spent outdoors and with her family.

Kelley’s role at RTL Digital Media is animation creation and production, putting extra energy and life into our clients’ projects.  She knows how to make animation fit strategically into an organization’s messaging.

Kelley’s experience also includes directing the creative and artistic vision for Geneologie, an online and catalog fashion resource.  In three years, she was promoted four times, leading the in-house promotional marketing efforts. She built the vision, strategy and delivery teams that focus on Direct Mail pieces including catalogs, apparel, packaging, and design production.

Kelley previously served in a designer capacity assisting Americasmart, creating product displays, and was an intern with Denmark Ad Agency, where she created presentations, print graphics, and branding packages. She has received awards for her designs and invests her personal time with charities donating artistic help, graphics, and mentoring.